Electric cars have exploded onto the scene in the past few years. With vehicles like the Tesla Model 3 leading the way, the electric vehicle market is sure to keep expanding. A lot of people are switching over to fully electric vehicles, so there are bound to be lots of questions for new and potential electric car owners. How much is car insurance for an electric car? Is it cheaper than a gas-powered vehicle? What about hybrids? We've researched answers to these questions, and more so you can evaluate the purchase of an electric car and see if it's right for you.

Electric cars typically cost more to insure than gas-powered cars because their parts are so unique. Not all mechanics know how to work on electric vehicles so that repairs can be more costly. Insurance companies must consider this, so they charge electric vehicle owners higher rates to compensate for this. 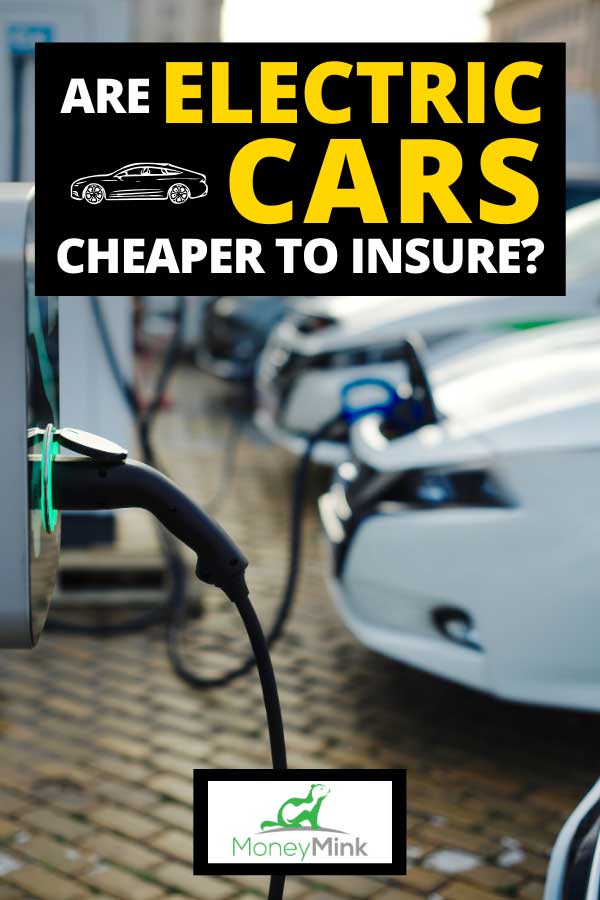 Keep reading below as we answer other common questions related to electric vehicles, hybrids, insurance, maintenance, and more.

How Much Does Insurance For An Electric Car Cost?

The cost to insure a car depends on a variety of factors, and it's no different from an electric vehicle. Faster cars are typically more expensive to insure. For example, you can expect to pay a much higher premium for a Tesla than you will for a Nissan LEAF. To give an accurate answer to this question, we'll compare the average premiums for three different electric cars to get a wide spectrum.

The LEAF is a more budget-friendly electric vehicle. Because of this, its specs are less impressive. As we discussed previously, a slower car means a fatter wallet. The average cost to insure a Nissan LEAF is just around $1,263.

This price is more in-line with the national average for regular ICE cars, which is around $1,200 to $1,400. That price considers all vehicles, though. So if the LEAF or Bolt were being compared to other sedans, then the EV cars would be much higher.

The definition of an electric car is one that is propelled by at least one electric motor. That motor is charged through rechargeable batteries. This motor propels the wheels to spin, which moves the car. An electric car can only hold so much charge, so instead of filling it up with gas like you would a standard ICE car, you must plug it into an electrical source. This is another necessary characteristic when defining an electric vehicle because many hybrids have electric motors; however, they can still be charged via an internal combustion engine.

For a car to be fully electric, it must be entirely powered by one or more electric motors charged through an outside electrical source.

Can Electric Cars Be Charged In Other Ways?

Yes. Many vehicles today are also charged using regenerative braking. This is the process of using the motion of the wheels to draw energy back to the battery. In other words, your electric vehicle will slowly charge itself if you are coasting down a hill or pressing on your break.

Are Hybrids Cheaper To Insure?

It depends. Generally, hybrids are also more expensive to insure than the typical gas-powered vehicle. The reasons are identical to why an all-electric vehicle's premiums are higher. Because hybrid cars have parts that are more expensive to replace and harder to work on, insurance companies raise the cost of premiums for the vehicles.

For some hybrids, however, they can be cheaper to insure than certain ICE vehicles.

How Much Does A Hybrid Cost To Insure?

If you take the Toyota Prius as an example, the average cost to insure it is about $1,200. For a car of its size and power, that is relatively high compared to standard ICE cars. But comparing it to other electric vehicles, it is pretty affordable.

Is Tesla Expensive To Insure?

Compared to other cars, Tesla is one of the most expensive vehicles to insure. Teslas are known to have the fastest 0-60 acceleration of any car on the road. Compared to other supercars that have similar capabilities, Teslas are very cheap to insure. A Lamborghini can cost $6,500 or more to insure, which is way more than a Tesla. Tesla is a hybrid of an every-day car and a supercar. They are expensive to some and very affordable to others.

Are Electric Cars Expensive To Fix?

If they need repairs, yes. Electric car parts are usually harder to find and often need to be ordered from the manufacturer. For this reason, they can cost more to repair. Because they have less moving parts, each part is more valuable. If something goes wrong, it will more than likely cost much more to fix.

How Often Do Electric Cars Need To Be Repaired?

The incredible thing about electric cars is their ability to need minimal maintenance. While each repair may be more than the average car repair, most electric vehicles require about 1/3rd of the repairs of a normal vehicle. This means you (and your insurance company) may save money in the long run by owning an electric vehicle.

The most expensive repair on an electric car (and likely the reason the insurance is so high) is the battery pack. On a Tesla, the average battery pack costs between $5,000 and $7,000. While the chances of a replacement being needed are low, this is the reason insurance premiums can be so high.

Electric vehicles are becoming the go-to vehicle for a lot of people. Knowing the costs involved with owning one, such as insurance premiums, is an essential step in being responsible with your finances. While monthly premiums can be expensive, the cost-of-ownership helps to ease the financial burden since the costly repairs are few and far between. This makes owning an electric vehicle a more and more popular choice.

Does car insurance decrease or increase as a car gets older?

What happens when car insurance denies a claim?

Car Insurance in Virginia: What You Need to Know