Birds are beautiful and enjoyable creatures, but their ways of living can be a threat to the structures of our homes and gardens. When birds cause substantial or expensive damage to repair, you may naturally think to call your insurance company, but will your insurance cover this expense? We've done the research to give you an answer.

So now you know that the damage caused by birds could be covered, but you may need a bit more detail to determine whether your claim will be accepted or not. Keep reading to learn more. 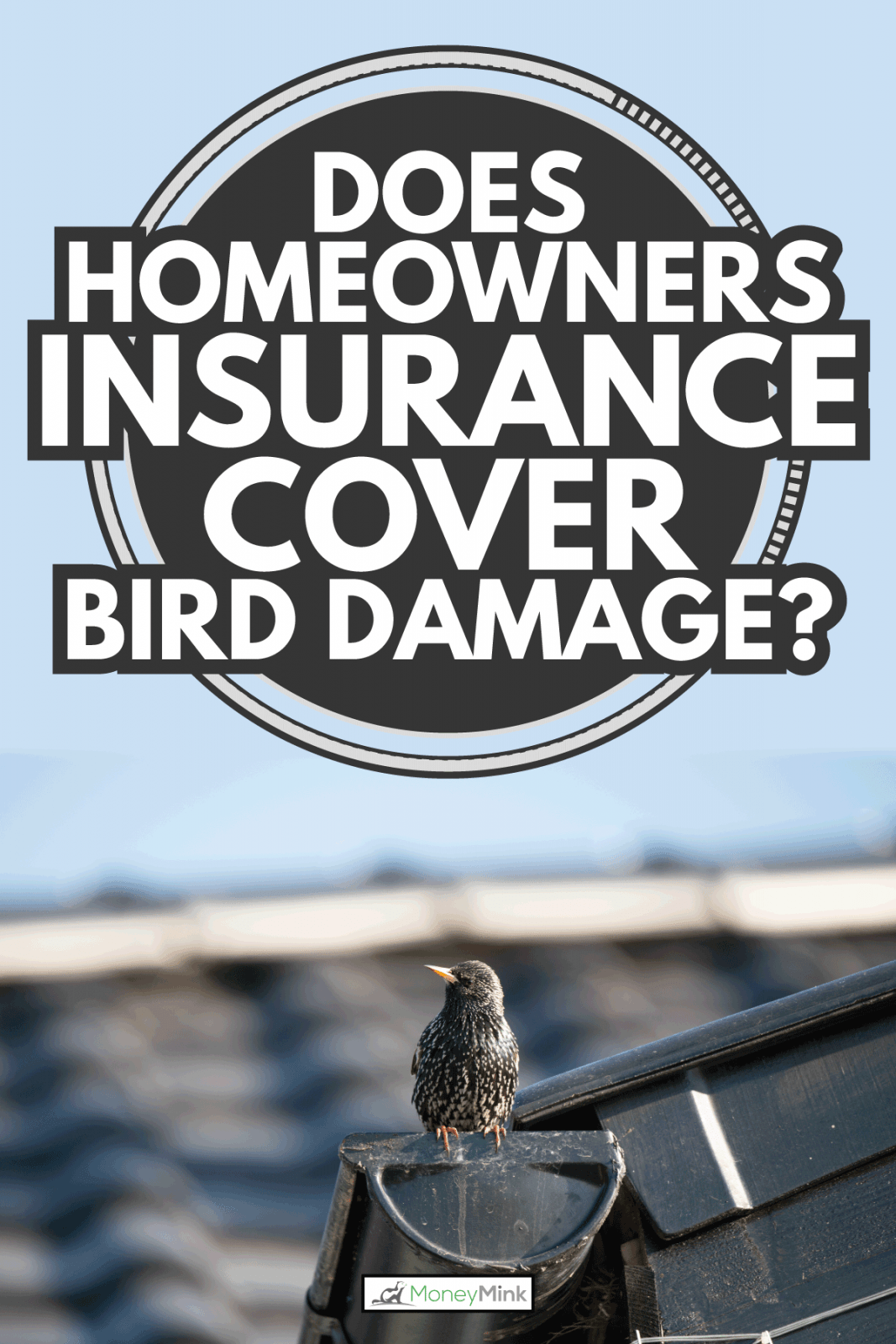 Understanding the criteria that insurance companies often write into their policies to entertain a claim is essential if you know whether the damage done to your home by birds will be covered. 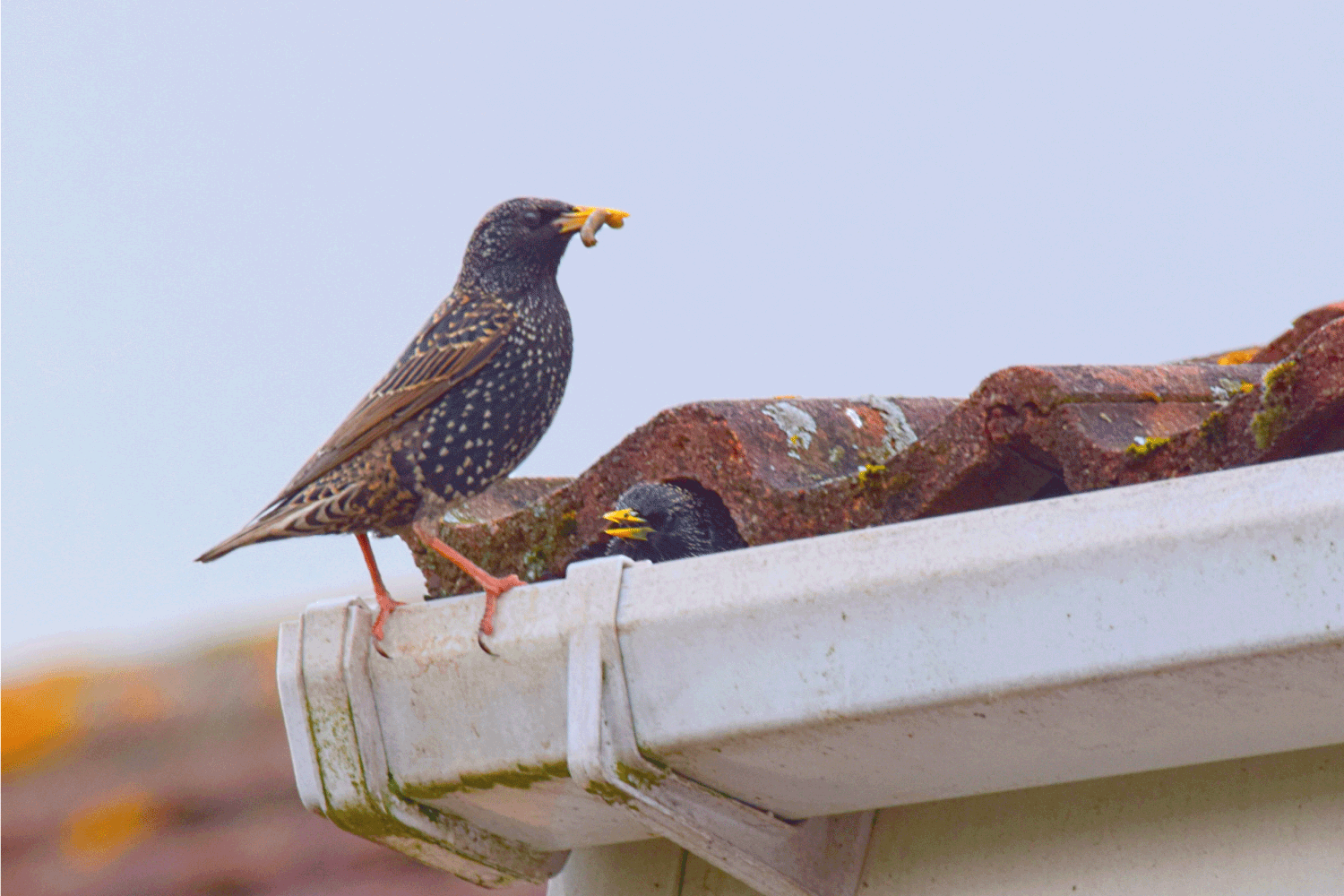 If an aspect of your home's structure has been harmed, it may be covered under what is called "dwelling coverage." Dwelling coverage is meant to rebuild your home in case of accidental or disastrous loss.

You may also find that your policy has an "accidental loss due to contact with a bird or animal" clause written into the contract, and if so, you may be in luck.

This, of course, indicates that there are instances in which the insurance company will pay for damage caused by a bird, but which instances would those be? When assessing the damage, you should ask yourself whether it was sudden or out of your control.

Insurance is set up only to cover what is caused accidentally. When it comes to birds, this means that it could not have been reasonably prevented or managed by you.

For example, if a bird flies into a window and causes a crack, this event would both be sudden and entirely out of your control. Thus, it would be "accidental." In this case, it is reasonable to expect the insurance company to pay for the damage.

Another less obvious exception would be if the damage were inadvertently caused by a "peril" specified in your insurance policy. Perils are events that may cause damage, such as hail and tornadoes.

A tornado, for instance, could cause extensive damage to your home. Before repair is made, birds could take advantage of this mishap and make nests in your attic through the newfound holes in the roof. Their presence may cause damage, and the insurance company would cover this because it was a result of the specified peril.

What Is Not Covered

Now let's talk about what is not covered. As previously stated, insurance is not set up to pay for damage that takes place over a long period of time or what you, the homeowner, could have reasonably prevented.

If an insurance adjuster perceives that the damage you are claiming is a result of mismanagement or neglect, they will advise the company not to pay for the repairs.

An example of this would be if birds find their way into your home and cause an infestation. This, of course, was not planned by you.

However, the insurance company may find that the home was not adequately sealed against the birds or that the infestation was not managed when it should have been, in which case the damages would be your responsibility to pay for.

What Types Of Damages Are Covered by Home Insurance?

When it comes to birds, damages that your home insurance will cover will only include damages to your dwelling and personal structures. This will consist of any structure on your property, such as your house, garage, shed, or barn.

What may not be covered are damages to personal property. If birds infest a structure and destroy boxes of your belongings, this will most likely not be covered. 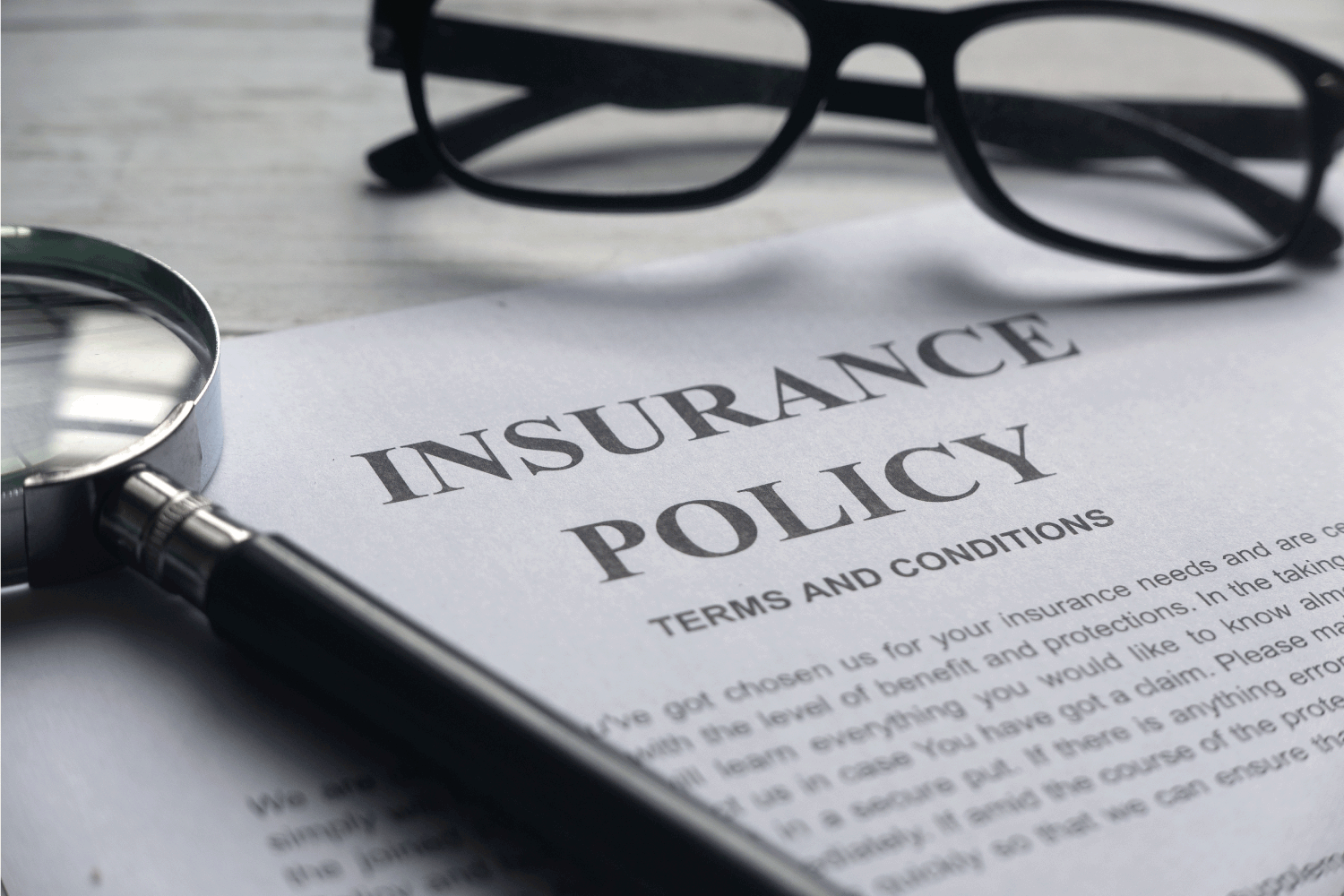 Which Coverage Will Cover You From Damage From An Animal?

For many large companies, such as Farmers and Allstate, this is typical of their homeowner's policies. Still, it is worth looking into, especially if you hold a policy with a less well-known company.

While the insurance company may come through in some cases, it's up to the homeowner to prevent birds from abusing and defacing their property. Gratefully, there are several ways to do so while also giving these creatures room to enjoy feeders and birdbaths on your lawn.

The best way to keep damage from happening is to deter the birds from coming near or landing on the structures of your homestead altogether.

A device that has been used for quite some time is the scarecrow. You can find scarecrows in the images of owls and hawks to scare birds away. Of course, if you put this type of deterrent on your property, you may find that the birds do not come to your lawn or garden altogether.

Take a look at this owl scarecrow on Amazon.

Light reflection devices can also be used. Bright light shining off of the device will keep the bird from landing in that general area. These devices could be applied to roofs, porches, and fences.

Electronic or ultrasonic deterrent devices may also be an option. Many of these are activated by motion and repel the birds by sending out frequencies or shining an LED light.

Check out this ultrasonic bird repeller on Amazon.

It is very common for damages to occur when birds set up their homes in a structure, such as your house's attic or the ceiling of your garage. To prevent this from happening, you should ensure that entrances are closed to birds and other animals.

If you have an attic window, chimney, or obvious hole open to birds, consider closing it off permanently or covering it with a barrier such as metal netting.

Other Animals And Pests

Birds aren't the only creatures that can wreak havoc on a home. You may be wondering what you can expect from your insurance company regarding damages done by other types of animals.

Yes, insurance will cover damages done by wild animals in many cases, especially if it is found to be sudden and accidental. If a deer or a bear meander up to your home and break a door or a window or knock over a fence, this will most likely be covered as it was out of your control.

However, if you have a crew of squirrels chewing holes through structures in your home, this will most likely not be covered, as the insurance company will find that this could have been managed or prevented by the homeowner. 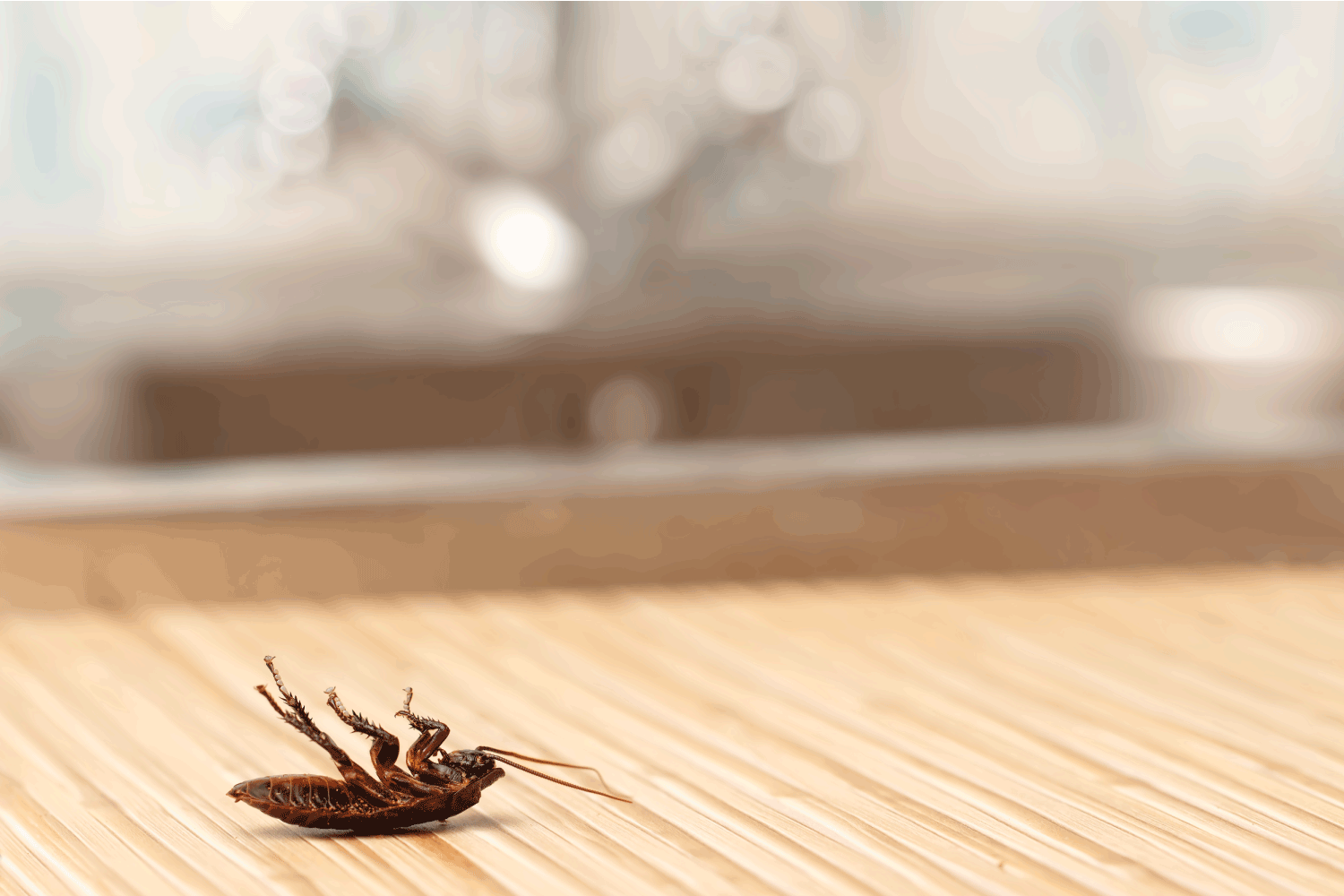 In some cases, some wild animals may even be specified as "vermin" in an insurance policy. Examples could be raccoons, squirrels, and mice. What we more often think of as vermin are pests such as termites, cockroaches, and rats.

Usually, insurance companies protect themselves from being responsible for damages caused by pests by including a "vermin exclusion" in their homeowner's policies. This means that any damages caused by what is specified as vermin in the policy will not be covered.

Deciding whether you should make a claim to your insurance company can be tricky, especially when it comes to damages done by birds. The rules are not cut and dry and may vary among policies. However, we have found that you could receive payment for the repairs if the damage was out of your power to prevent.

How Are Homeowners Insurance Claims Paid?

Can You Go Without Homeowners Insurance?

When to Drop Comprehensive Auto Insurance?

3 Types of Accident Insurance You Should Know About