Money orders are one of the safer methods of sending a payment. It’s like paying for something with a check but without the worry of your bank account information being exposed. Plus, it’s much easier to replace in the event of theft or other inconveniences. But what happens when you make a mistake in filling one out and you need to correct it? We've done the research to bring you the answer.

We suggest you don’t try to correct any mistake made. If the mistake you made is minor, such as a slightly misspelled name or address, the money order could still be cashed. Keep in mind that acceptance policies vary. If you make a mistake, regardless of how major or minor, the safest route would be to cancel the original money order and get a replacement to rewrite. You can also try to get a refund.

Note that you might encounter a cancellation fee or may have to fill out a few forms. Most importantly, be sure to have the receipt with you at all times as it’s a necessary part of the entire process. Continue reading for further detail on the events of an incorrectly filled out money order. 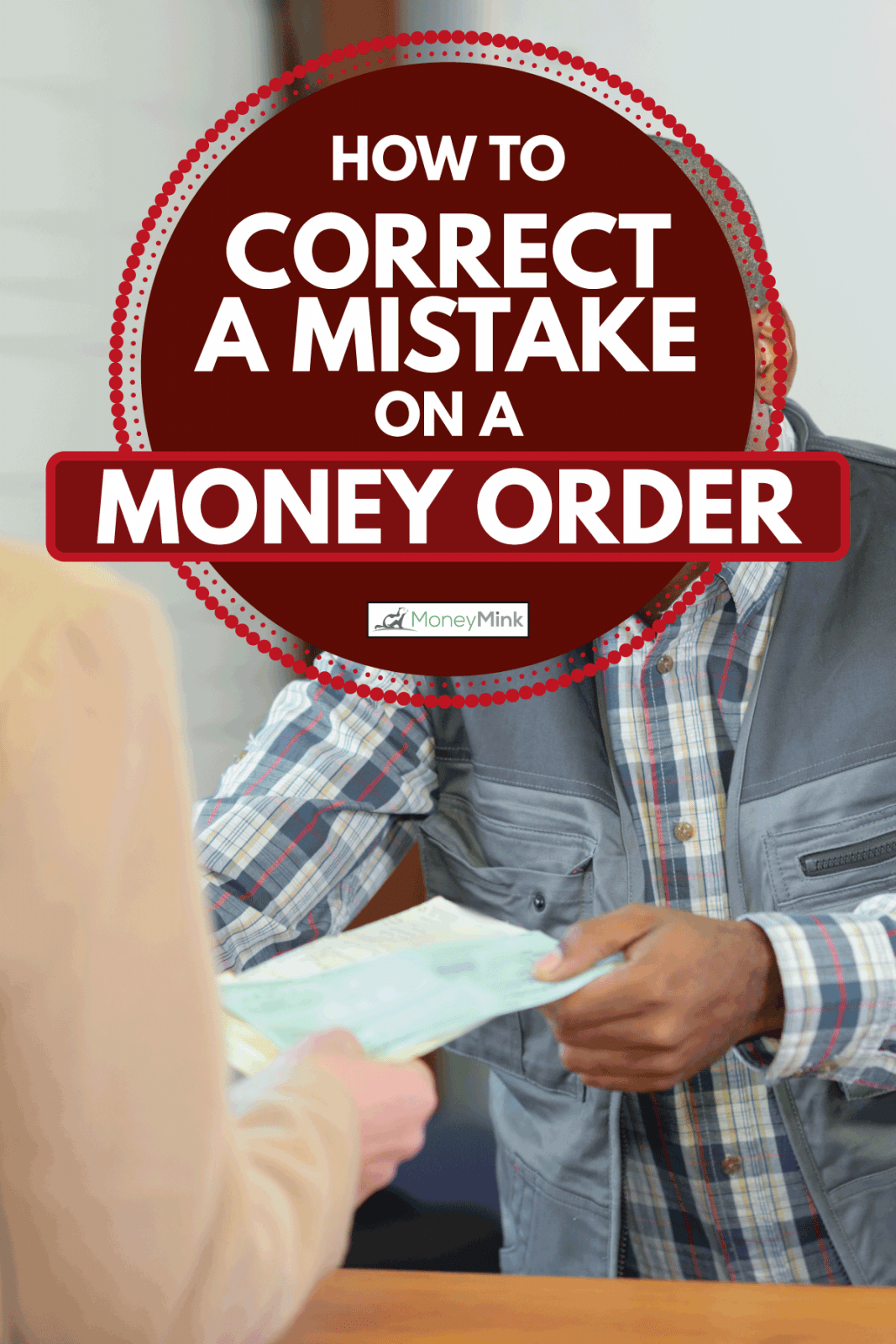 How Do You Refund A Money Order That Has Already Been Filled Out?

When you’re dealing with a blank money order you don’t need anymore, it’s a smooth process to get your money back; simply write it out to yourself and the money is yours.

However, if the money order was already filled out, sent out, or lost, you’ll have to go through the paperwork filled process. The exact procedure of getting a refund varies by money order issuer. If you got the money order from your bank, contact them to see what their refund process is. The following instructions are just general guidelines of what to do.

Like we stated earlier, having the receipt on hand is extremely beneficial (and often required) to the entire process. If the money order was already mailed out, then you’ll need to track it to make sure it hasn’t already been cashed out.

If it hasn’t been cashed out, then give the issuer your receipt. You’ll then fill out a money order request form and pay a processing fee; this fee varies by issuer. Once the issuer tracks the original money order, they will either give you a blank money order to cash out to yourself or send a check of the original amount. This entire process can take anywhere from three to eight weeks.

If you don’t have the receipt, you’ll be charged more fees to find the money order and you pose a risk of the issuer being unable to find it. Bring as many items of identification as possible; it won’t necessarily speed up the process, but it’ll at least help with ensuring that the money order was yours.

Can You Put Two Names On A Money Order?

But let’s say you have to fill out a money order for two people. To make life easier on everybody, make sure that when writing both names, you place “or” in there too.

Failure to do so could cause a headache for the recipients. Listing both names as payees while failing to put “or” implies it’s made out to both parties. Because of this, both parties need to be present with their official forms of ID to cash out the check.

In rare cases, one of the two parties can cash a money order without the other party present. This strongly depends on the location and whether or not they’ll allow this.

Why Was My Money Order Declined?

The one key benefit of money orders is that they’re prepaid. Unlike checks which rely on your checking account balance, money orders can’t decline due to insufficient funds.

That being said, there are still possibilities of a declined money order. Although they are a more secure method of transaction, there’s a higher risk of fraud or theft.

The security of money orders has evolved over the years. Most, if not all, have a watermark, security strip, or other anti-counterfeit feature to ensure legitimacy. However, you can still potentially be scammed. For example, if you receive a money order with an amount higher than expected and are asked to return the difference, it’s almost definitely a scam.

As the recipient of a money order, Investopedia suggests that if you feel uneasy, you should contact the issuer to ensure that it’s an authentic money order.

Sometimes a money order could be declined due to the error of the payer. As discussed earlier, money orders filled out in error but already mailed out can be canceled before it’s cashed. This means you did nothing wrong; it was a simple mistake on the payer’s end. In this scenario, just wait or tell the payer to send a new, correctly written out money order. Then, cashing it should no longer be a problem.

One more possibility is if you’re receiving a foreign money order. Likely, it won’t be processed at a bank or convenience store. You’ll need to cash those kinds of money orders only at the post office.

Does A Money Order Have To Be Signed By The Purchaser?

A money order contains these six fields that a payer can fill out:

There’s a signature line on the back of the money order as well. That line is for the payee to sign so that they can cash it out. The rest is for the purchaser to fill out in pen with an acceptable ink color.

The signature line doesn’t necessarily have to be filled out in order to be valid. However, it’s more secure on the payee’s end to know for certain that the purchaser is the sender of the money order. It can still be cashed in most cases, even without a purchaser’s signature. But we suggest that it is signed to help in preventing possible fraud.

Some money orders will tell you if a signature is required for it to be valid. If you happen to forget to sign it before mailing it, have the payee mail it back to you to sign (if necessary).

To make the whole process of paying someone with a money order smooth and simple, do your best to avoid making any mistakes. Don’t try to fix the mistake, as it can invalidate the money order altogether.

How Much Does a Boat Cost to Maintain?

Can You Cash A Check With A Spelling Mistake?

Can You Pay For A Home Inspection With Credit Card?