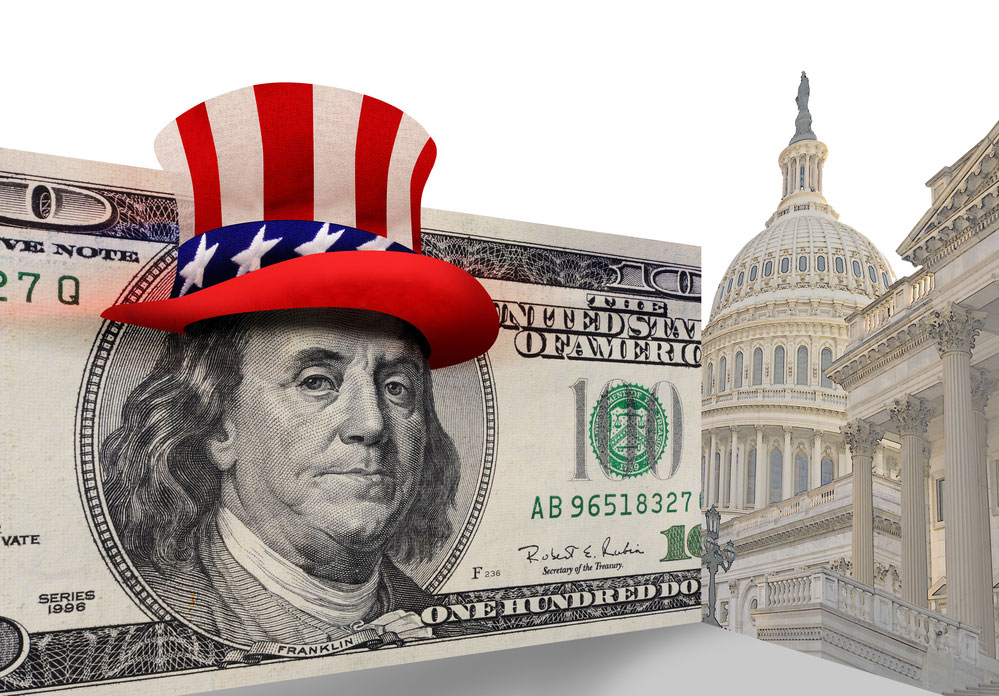 The average American college graduate will graduate with $29,800 of student loans, accounting for both private loans and loans obtained through federal programs. Many students will rely on a patchwork of scholarships, private loans, government loans, work-study, financial aid, and financial assistance from parents in order to pay for their degrees. This can make navigating how to pay for college a daunting process. Here's what you need to know about federal student loans and determining what type of loan you have.

Are Student Loans Funded By the Government?

Some, but not all, student loans are funded by federal and state governments. Federal Direct loans are administered directly through the US Department of Education with subsidized loans for low-income students at a 3.4% interest rate and unsubsidized loans available to all borrowers with a 7.6% interest rate. Payment is deferred until the student graduates.

Federal Direct PLUS loans are available for graduate and professional students, as well as parents and guardians of dependent undergraduate students at an interest rate of 7.9%.

Federal consolidated loans are also available to borrowers who have multiple federal loans (common for gap years, transferring schools, or if you had a grant or scholarship then lost your eligibility) to combine all of your loans into one payment with the interest rate based on a weighted average of all the loans' interest rates rounded to nearest one-eighth of a point.

State and local governments may also have their own student loan programs that are often only available to residents of that state. These loans may be offered by the state-level department of education to in-state residents only, but some may make exceptions for out-of-state students enrolled in schools there and living on campus, taking a certain number of credit hours, or other restrictions. State-chartered nonprofit organizations may also offer state-level student loans that are totally separate from Federal Direct loans and private student loans, and do not receive any federal funding.

The most well-known state student loan programs are administered by the governments of Alaska and Texas. Loans from the Alaska Commission on Post-Secondary Education are available to Alaska residents attending any out-of-state college and to any students attending Alaska State schools. Texas has an alternative loan program that administers college aid meant to supplement federal loans.

In a majority of states, you will need to complete a FAFSA application to determine if you are eligible for state-level student loan programs. Even if you do not qualify for non-debt federal aid like Pell grants, it's a good idea to complete this application. You may qualify for a subsidized Federal Direct loan which has a more favorable interest than the unsubsidized version. It is the universal standard for many private and state scholarship programs, as well as state-level student loan administrators.

When Did the Government Start Backing Student Loans?

College degrees were not as common in the early-mid 20th century as they are today. There were only about 186,000 college graduates in America in 1940. Tuition at both public and private colleges was much lower, but colleges saw a boom in enrollment after the end of World War II when the number of American college graduates in 1950 tripled from what it was in 1940.

The GI bill in 1944 provided soldiers and war veterans with federal funding for their education, but the National Defense Education Act of 1958 that was signed into law by President Eisenhower created the first set of student loans backed by the federal government in an effort to encourage STEM degrees after Sputnik launched in Russia.

Until 2010, students could seek student loans from private lenders that were guaranteed, but not issued, by the federal government under the Federal Family Education Loan Program. Many people have confused this program for Federal Direct loans but FFELP loans were issued by banks and private financing companies. Federal Direct loans are actually issued by the US Department of Education.

Student loans are inherently risky for private lenders since there is no collateral and the borrower can face protracted periods of low or no income, this was especially the case after the 2008 financial collapse. FFELP underwrote these private loans so the lenders would assume no risk until the program was dismantled under the Obama administration in favor of having the government issue student loans directly.

Are All Student Loans Issued By the Federal Government?

As for the remaining borrowers, private loans comprise 7.63% of the total outstanding student debt at $119.3 billion.

State government-issued student loans are far rarer in terms of both offerings and eligible borrowers, so they only comprise 0.37% of the student debt held by Americans.

How Do I Know if My Student Loan is Federal or Private?

With the confusion over government-issued versus government-backed loans, lenders that sell outstanding student loans to different servicing companies, and often needing multiple types of debt to finance your education, it can quickly become difficult to determine if you have federal or private student loans. But even if you only took out federal loans, this difficulty gets compounded since the US Department of Education does not administer the loans themselves. Management of student loan disbursement is handled by private contractors called servicers.

To determine if your student debt is federal, check the National Student Loan Data System. This database contains federal loans only. You can enter your Federal Student Aid ID (FSA) or create one, along with your Social Security number and other key identity information. The database can then tell you if any federal student loans were taken out under your name and Social Security number. All loans that were disbursed to you should be shown along with the original amount you borrowed and how much you now owe. The numbered box will inform you which servicer was assigned to this loan, and you can view all of the terms that apply to each loan you have taken out.

Private loans can be more difficult to track since there is no central reporting system for them. State-level programs, while less common, may or may not have their own reporting system. If you do not recall taking out any of these loans, it's a good idea to check your credit report to make sure that your identity was not compromised or you are not being held liable for student loans for an ex-spouse or another borrower you assume no responsibility for.

It's crucial to know whether your loans are federal or private because it affects your ability to consolidate or refinance these loans so you can pay them off faster. Most student loans are issued by the government, not many of them are backed by the government anymore while privately issued, but because they are administered through servicers this can make it difficult to tell them apart.

Is A Mortgage Considered Debt?

How to Sell a Financed Car

Do pre-approvals for a car loan affect your credit score?