When you got your credit card (or debit card) in the mail, your bank probably instructed you to sign it. Did you just grab whichever pen happened to be on your desk for that? And did you just rub it down a little as you were signing, creating a smudge?

A smudged signature may not seem like a big deal, and honestly, it’s not a problem most of the time. Few merchants actually compare signatures anymore. And as long as you’re traveling with ID that matches the name on the card, this will usually be enough proof to allow the cashier to run your card.

There could, eventually, be repercussions, however. 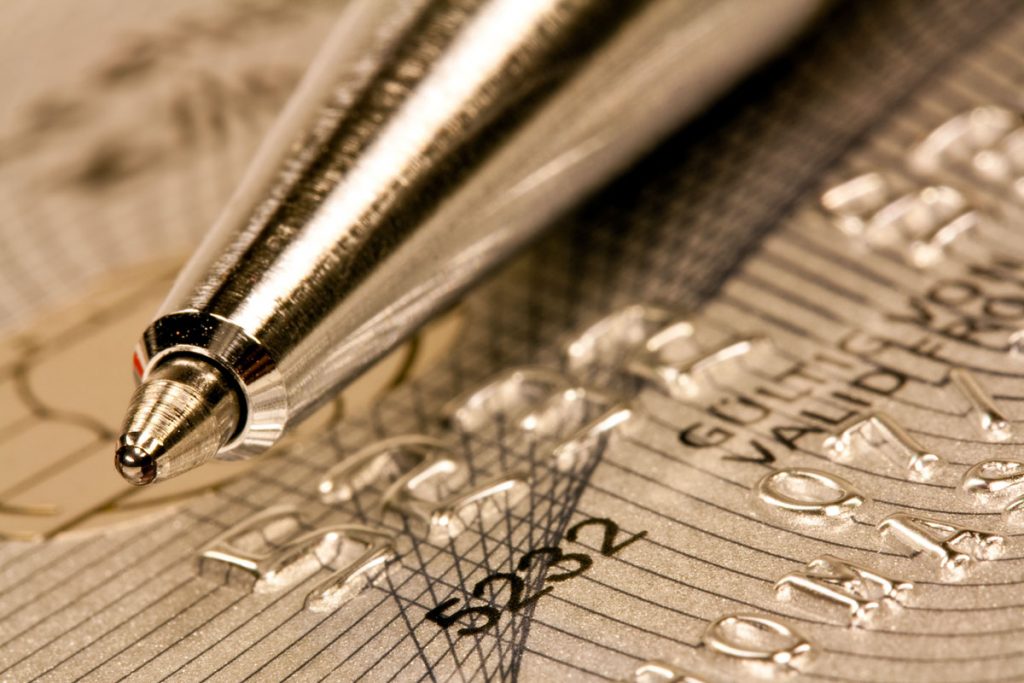 The whole point of signing your card is to help prevent it from being used fraudulently. If you were to find an unauthorized charge on your credit card bill and file a dispute against it, the credit card company would research and pull the receipt from the sale. It would be much easier to prove that the person who made the sale wasn’t you if the signature on file with your card company doesn’t match. For this reason, some merchants may reject a card with a smeared signature, a signature that’s unreadable, or a signature that simply isn’t there.

Technically, an unsigned card is void, though most merchants will accept it anyway, and some won’t even notice. A savvy cashier, however, will at least glance at the back of your card, and if something looks wrong, he or she will ask for ID. If you don’t have it with you, that cashier has every right to decline your card.

It sounds like small potatoes until you’re nearly out of gas in the middle of nowhere, and the gas station that just declined your card is the last one for miles.

For this reason alone, it’s a good idea to carry cards that feature legible signatures. Here’s what to do to keep your credit card signature looking clean and crisp.

How to sign a credit card so it won’t smudge?

A smudge usually happens because the ink on the signature strip wasn’t completely dry before you handled it. To avoid smudging your next credit or debit card, sign it, then place it facedown on your desk to allow the ink to dry. Even ballpoint pens can smear if your thumb wipes across the signature, or if you slide the card into your wallet while the ink is still wet.

For best results and a nice, clean signature, sign your card at home when you’re sitting still and you’re not under any pressure. It also helps to use the right type of pen. Tugging a new card out of the envelope in the car and attempting to sign it while the car is moving is a great way to smudge the signature line, so is trying to hurriedly sign your card in the checkout line before your cashier runs it.

What’s the best pen to sign a credit/debit card with?

Fine-tip permanent marker seems to be the consumer-preferred tool for signing a credit or debit card on the signature line, though your banking institution probably prefers that you write with a simple ball-point pen. The fine line left by a ball-point pen is more difficult to forge than a thicker signature left by permanent marker, but credit card signatures aren’t as important as they used to be anyway.

Most cards nowadays contain chips that aid in the identification of the user. Ideally, when you run your chip card, you should have to input your four-digit PIN as an added security measure, though you can usually override this option and sign for your purchase anyway. Eventually, signed cards won’t be required at all, says CNN. In fact, the major credit card companies no longer require merchants to collect signatures, relying instead on the added security of the credit card chip. There are those retailers who still require a signature for purchase, however, because not requiring it would be a costly update to their current card-processing system.

Should you re-sign over a smeared signature?

You should not try to re-sign over a smeared signature on your credit card. To do so simply looks like you found or stole a card and tried to alter what had been previously written. Obviously, you didn’t. And as long as you’re able to produce the ID that matches the card, the merchant will probably still take it.

They’re not required to, however, so why risk it?

If you’ve bungled the signing of your credit card strip, you’re certainly not the first to do so. The best course of action is simply to call your bank and confess. They’ll issue a new card, usually free-of-charge, that you’ll have in a matter of days. It’s good to note that you want to report your card damaged and not lost. A lost or stolen card requires an account number change, which will not only lengthen the replacement process but will also require you to update your new credit card information with any company who auto-bills you every month.

How to remove pen signature from a credit card?

Removing a signature from a credit or debit card can be done, the problem is that the signature strip will likely come with it. Then you’re left with a big space on the back of your card that says VOID.

This is a situation you want to avoid, as it does, indeed, void your card. Again, many merchants won’t notice because they don’t even glance at your card as you run it through the pinpad by yourself. All it takes is that one, eagle-eyed cashier, however, to rain on your parade.

Again, it’s a risk that’s not worth taking when ordering a replacement card is so easy. But, if you simply must try to remove your less-than-perfect signature from the back of your credit or debit card, you can try these common household chemicals:

Some consumers claim these work, but there’s no guarantee. There’s also no guarantee that you won’t damage the signature or magnetic strips in the process, rendering the card technically useless or at least hard to use. It’s really never a good idea to tamper with the signature line on your credit or debit card. While it’s highly likely that small purchases won’t be a problem with an altered card, it could be an issue the first time you try to buy something expensive. Ultimately, it’s the merchant who’s on the line if they don’t prevent credit card fraud at the point-of-sale, and they’re going to verify purchases that exceed their floor limit.

If you’ve smeared, smudged, scribbled, or otherwise scrambled the signature on your credit or debit card, simply order a replacement card from your bank. It’s the option with the most integrity, and it’s the option that protects you the most.

Real Estate Classes in Baltimore, MD – Here’s What You Can Choose From

How To Correct A Mistake On A Money Order